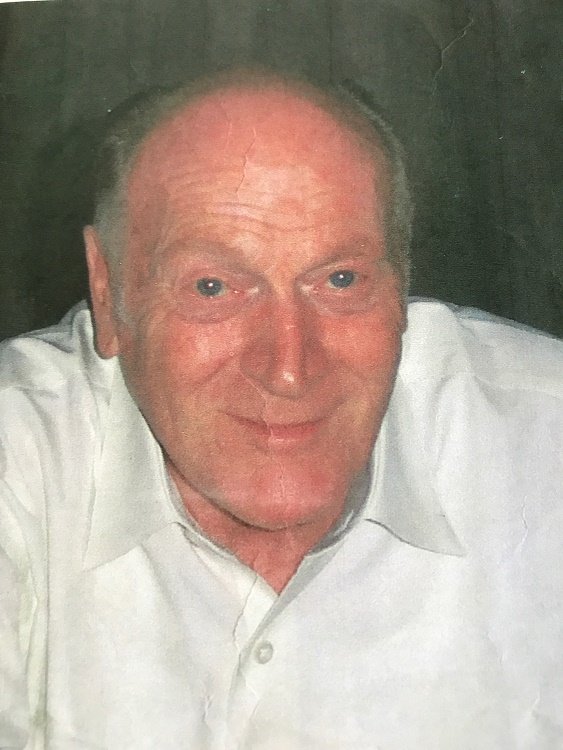 Julius Vincent Sponzilli, 91, of Edison, New Jersey, passed away on September 19, 2017, at JFK Medical Center.  Julius, also known to friends and family as “Red” (because of his red hair as a young man) or “Tico” (a childhood nickname) was born on January 23, 1926, in Newark, New Jersey, to Alfonso Sponzilli, Sr. and Adelina “Lena” (LaRosa) Sponzilli.  He grew up in Newark, New Jersey, and entered the U.S. Army at the close of World War II.  He was a tailor by trade.  He enjoyed horseracing and handicapping.  In his latter years, he often could be found at the OTB in Fords.

He was known for his generosity and kindness as well as for his upbeat and energetic demeanor.  He was well loved by friends and family.

He is predeceased by his sister, Carmela, his brothers Ernie (and his wife Nancy), Eddie (and his wife Dorothy), and Al (and his wife Marianne), as well as his nephew Alan N. Sponzilli.  He is survived by his daughter Debra and husband Steve Mann, and their children, Laura Dixon, Scott Mann and the late Steven Mann, as well as George Mann, Michael Mann , and his nephew Edward G. Sponzilli, and his nieces Anna Marie (Sponzilli) Squatrito and her husband Phil, and their children and grandchildren, and Marianne (Sponzilli) Johnson and George.

Relatives and friends are invited to visit on Sunday September 24, 2017 from 2-4 & 7-9PM at Boylan Funeral Home, 10 Wooding Avenue, Edison; and Monday, 9AM at the funeral home with a 9:30AM Mass at St. Matthew the Apostle Church, 81 Seymour Avenue, Edison. Interment will follow at Gate of Heaven Cemetery, East Hanover.