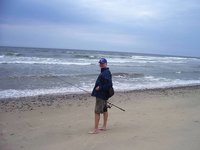 Joseph T. Walsh, Jr., 61 of Milltown, NJ sadly passed away at his home on March 22, 2021, with his beloved wife Leslie by his side, after a long struggle with ALS. Joey was born and raised in New Brunswick, NJ, son of the late Joseph T. Walsh Sr. and Janet Lyons. He attended New Brunswick Vo-Tech where he also enjoyed playing on the basketball team. After graduation Joey attended Middlesex County College. He then moved to San Diego, CA for a short time, where he worked on a naval ship. He loved to tell stories about the time he went cliff diving in La Jolla and hanging out with friends at Mission Beach. Upon his return to New Jersey, Joey worked as Lead Carpenter for several construction companies before starting his own construction and general contracting business, where he was able to fully realize his passion for building. Joey took great pride in every job, whether it was building decks, home additions, renovating homes, installing crown moldings, windows, and doors or as General Contractor, ensuring that his customers were always satisfied with the services and craftsmanship he provided. His family and friends will remember him as someone who was caring and would gladly offer them his help. He was the type of person they could rely on to lend a helping hand when needed and who would offer advice on how to repair just about anything. He was known for his strong work ethic and knowledge, for working diligently on his projects and for being an honest man. Joey’s greatest enjoyment in life was surf fishing at the beach in Spring Lake, NJ, especially with his dad. He fondly reminisced about time spent years ago on a small Canadian island privately owned by a friend’s family, where he truly felt at peace. He loved to cook, was a history buff, read the newspaper cover to cover daily, enjoyed being outside doing yard work or maintaining the vehicles, sitting outside by a fire, following his favorite sports teams including the NJ Devils, NY Mets, NY Giants, and Nascar, and listening to his “ head banger” music. Joey had an appreciation for old movies on the TCM channel, watched General Hospital with his wife every day, and most of all, loved his time spent laughing with family and friends. Joey is survived by his wife, Leslie; mother, Janet Lyons; sisters, Colleen (Tom) McGuire, and Shauna Walsh; brother, Daniel Walsh (Andrea); Aunt Mary (Howard) Brede; Uncle John Emery; Uncle Frank Walsh (Peggy); Aunt Agnes Lyons; his many cousins with whom he was very close; his nieces, nephews, great nieces and great nephews; brother-in-law, Michael Dransfield (Debbie) and their sons, Mike (Ethan), and Ryan ( Caitlin); and his former wife, Janet (Walsh) Simoes (Danny) who also helped him during some rough days. He was grateful for the many friends who kept him going throughout his struggles with ALS with their frequent visits, especially Gail, Uncle John, his cousins, John and JD, and his brother Danny. He appreciated the care and kindness provided by the ALS Clinic team at RWJ, The VNA/ VNA Hospice workers and caregivers, his PICC line nurse, Heidi, whom he advised on renovating her house during her visits, and his private caregiver, Tsiala, who had the patience of a saint. There will be a graveside service at Holy Cross Cemetery on Monday, March 29, 2021 at 12:00 p.m.. Family and friends are welcome to attend. If you wish to make a donation in his memory, please consider: ALS Association, Greater NY Chapter 42 Broadway, Suite 1724 New York, NY 10004, www.ALS-ny.org